"As a major player in both the freight and carbon markets, EEX has a duty of care and a responsibility to help our customers navigate through the decarbonization process and ensure that they manage their exposure effectively. Through our new Zero Carbon Freight Index, we are actively helping our customers and the wider shipping industry in real terms, by providing credible, reliable data which in turn, helps players make better and more informed trading decisions today and in the future." 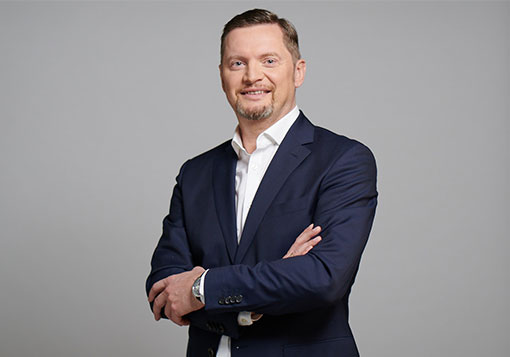 EEX AG has launched its new Zero Carbon Freight Index (ZCFI). For the first time, this index enables players in the Dry Freight market to see how the cost of carbon emissions could affect freight prices.

The new EEX Zero Carbon Freight Index calculates the synthetic price of daily FFA time-charter rates for both Capesize and Panamax vessels, which are adjusted for the cost of carbon. Price information is taken from the highly liquid EEX Dry Freight FFA market which is then combined with EEX EUA Futures to create a daily “Zero Carbon FFA” rate which reflects a 100% carbon reduction.

How would emissions during a TC voyage be counted on the EU-ETS scheme?

When would the carbon cost for a voyage become payable? Will it be an annual payment once a year at a set date?

Are there margin offsets for freight and emission contracts, if so, how does that work?

Yes, ECC offers margin credits between EUA and freight futures. Margin requirements and credits are recalculated daily, and the latest rates are available on the ECC website.

Is it likely that there will be a growth in trans-shipment ports outside but very close to the EU which will be used to shorten incoming voyages?

Strategies are driven by the financial turning point where costs of allowances exceed the cost of other financial obligations.

On the use of ports near the EU, a port call is quite strictly defined in the proposed policy and would mean physically unloading cargo and re-loading it back on the vessel. The EU has studied port call evasion and estimate that at a carbon price of EUR 100, up to 20% of voyages could have incentives to avoid. The EU explicitly leaves the door open to revise its definitions if evasion strategies become prevalent.

Regarding outright transhipment, the EU commissioned a study to look at a case study involving a port in Spain and one in Morocco. The key economic inflection point is the length of the initial journey, meaning that intercontinental voyages would have higher incentives to evade accounting of the original carbon emissions. The potential of splitting cargos into sizes below the MRV threshold is largely seen as unfeasible for most bulk and energy commodities.

Is it possible that inclusion into the ETS will create a ‘two tier’ market for shipping, with newer, cleaner vessels trading within Europe and older ones locked out in other trades?

This is what the EU calls fleet optimization. The EU does not consider this a large risk, as it is does not really constitute evasion. There are also expectations that this type of ‘carbon arbitrage’ would be short lived given the progressive global standards for ship designs, and the potential for emissions schemes in other jurisdictions.

How high can EUA prices go? Is there anything to stop prices going sky high?

Generally, the EU ETS is a purely volume-based system with free price formation. However, within the system there is the possibility of an increase in the supply of allowances in the event of extreme price fluctuations under Article 29a of the EU ETS Directive.

If, for more than six consecutive months, the allowance price is more than three times the average price of allowances during the two preceding years on the European carbon market, the European Commission shall convene a  meeting and be able to adopt measures such as bringing forward a part of the quantity to be auctioned or allow member states to auction up to 25% of the remaining allowances in the new entrants reserve.

Can allowances be bought in one year and surrendered in a different year, e.g. buy in 2023 and surrender in 2024?

Yes, this is perfectly possible. Allowances can be surrendered at any time within the same market phase. It is free to hold allowances, there are no negative interest rates to pay as there are with cash deposits and they can be used as collateral at ECC against short EUA futures positions.

Will all types of ships be included in the ETS?

All ships above 5,000 gross tonnes that carry cargo or people will be in scope for the EU ETS. Exceptions include military and fishing vessels, as well as ships that do not have mechanical propulsion.

What is the difference between EUAs and ‘offsets’? Are the two interchangeable?

Offsets are carbon credits purchased and traded in the voluntary market and are mainly used to offset emissions from general operations, as an example, a company may purchase carbon offsets to cover the emissions that result from the travel of their staff. Emission Allowances (EUAs) are purchased and traded in the compliance market and are mandatory for the scope covered. The two are not interchangeable and voluntary carbon offsets cannot be used to fulfil a company’s obligations in the compliance market. Companies could use EUAs to cover emissions beyond their compliance obligations but in practice this is very unlikely given the large price differential between the two contract types.

How likely is it that this proposal really makes it through and will be implemented as it is written?

It is possible that there could be changes to the proposal during the coming negotiation rounds or that implementation is delayed, however the inclusion of maritime into the ETS does seem to be one of the less contentious points in the proposal. The European Parliament for example has already voiced concrete support for including maritime emissions within the EU ETS. Add that to the overall ambition of the proposal and the target timelines and we think it is likely that, for maritime at least, the proposal could be implemented.

If ship owners pay the cost of allowances how will this affect charterers / cargo owners?

Allocation of the additional carbon price will depend on the contracting terms in the physical shipping market. If a ship owner offers a voyage rate for a particular cargo, they will likely quote a ‘carbon-included’ price, similar to how bunker fuel is priced into the $/ton voyage charter rate. If a vessel is hired on a time-charter basis, the charterer is principally responsible for all operational costs of the vessel. Since the emissions report is finalised after the voyage is concluded, there may need to be provisions for either deposits or other payment agreements to be settled in favour of the ship owner, after the vessel has discharged its cargo. Alternatively, a charterer could arrange for their own emissions allowances, to be transferred to the ship owner after the voyage has been concluded.

In general, it is expected that costs of carbon allowances will be passed through to the delivered commodity price. However, the EU’s analysis shows overall low-price impacts on industrial commodities, and only a minor negative change in demand due to carbon costs.

Is it possible to trade emissions contracts now for 2023 and beyond? Are there any benefits to doing this?

Yes. Allowances can be purchased in the primary market now and then surrendered in later years. It is also possible to trade futures contracts now for expiries out to December 2029.

It seems that maritime will be part of the existing ETS, does this mean that current contracts will be fungible with ‘shipping’ allowances in the future?

Under the proposal, there will not be specific ‘shipping’ allowances in the way that there has been for aviation in the past. Maritime will be included within the main ETS meaning that current allowances will also be applicable for surrender against shipping emissions.

Zero free allowances for shipping, does this mean that there is no ‘threshold’ for shipping emissions above which allowances need to be bought? So eventually every single ton of carbon emitted in the EU will have a cost?

Yes, this is correct. Once 100% of emissions are within the proposed scheme, for which the current target date is 2026, it will be required that allowances are purchased and surrendered for every single ton of carbon reported via the MRV and within scope of the ETS.

For any questions, please get in touch with our experts