EEX Group is committed to support the upscale of a European hydrogen economy, putting its expertise in the service of a decarbonized future.

Our expertise in the service of a decarbonized future

Transparent trading markets are key instruments for a successful upscale of a hydrogen economy: They allow for non-discriminatory access to hydrogen to a diverse field of hydrogen consumers while connecting them to producers. They also allow for providing transparent price and trading volume information.

In parallel to commodity trading, certifying the origin of hydrogen through hydrogen GOs will develop. With Grexel, EEX Group has been supporting the creation of the first ever unified European market for hydrogen through Guarantees of Origin: CertifHy.

EEX has provided transparent exchange markets for energy carriers as power and natural gas, guarantees of origin, emission allowances under the European Emission Trading System (ETS) and further commodities for more than twenty years now. Building upon this rich experience, EEX is committed to support the upscale of a European hydrogen economy. With the first transparent markets for hydrogen worldwide, the EU has the potential to become the global hub for hydrogen.

Building a transparent, secured and sustainable hydrogen market together

EEX has developed a solid experience in establishing energy trading markets over the past 20 years. Also, EEX kicked off in 2020 its first-ever Hydrogen Working Group. The objective? Reflect on designing a sustainable wholesale trading market for hydrogen, together with all market players.

Around 55 companies showed their full support for quick and efficient actions and will further be members to the working group. First aim of the group is to help the market with transparency. 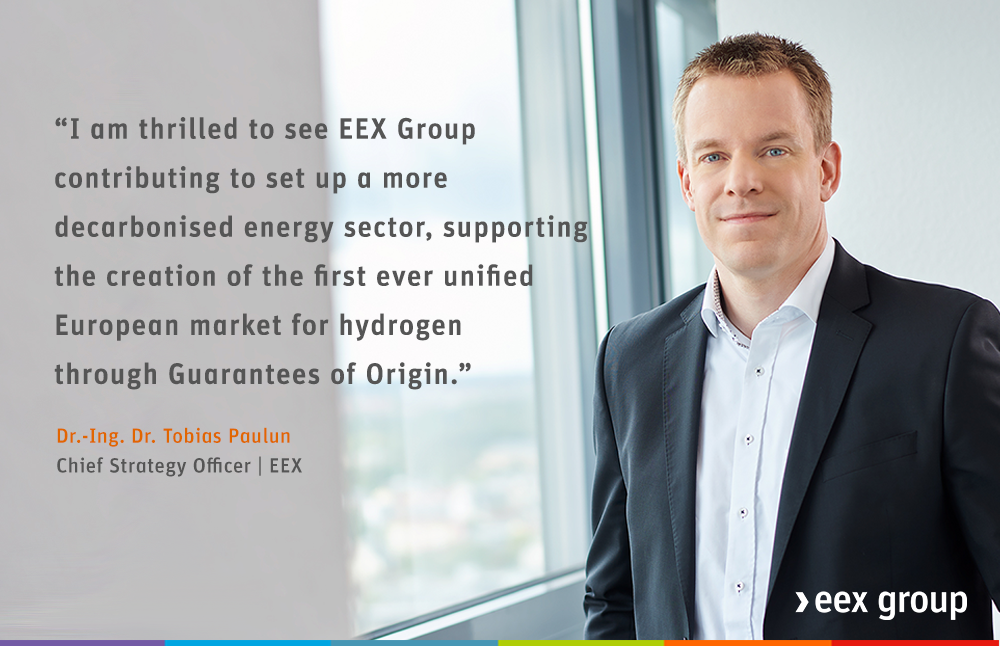 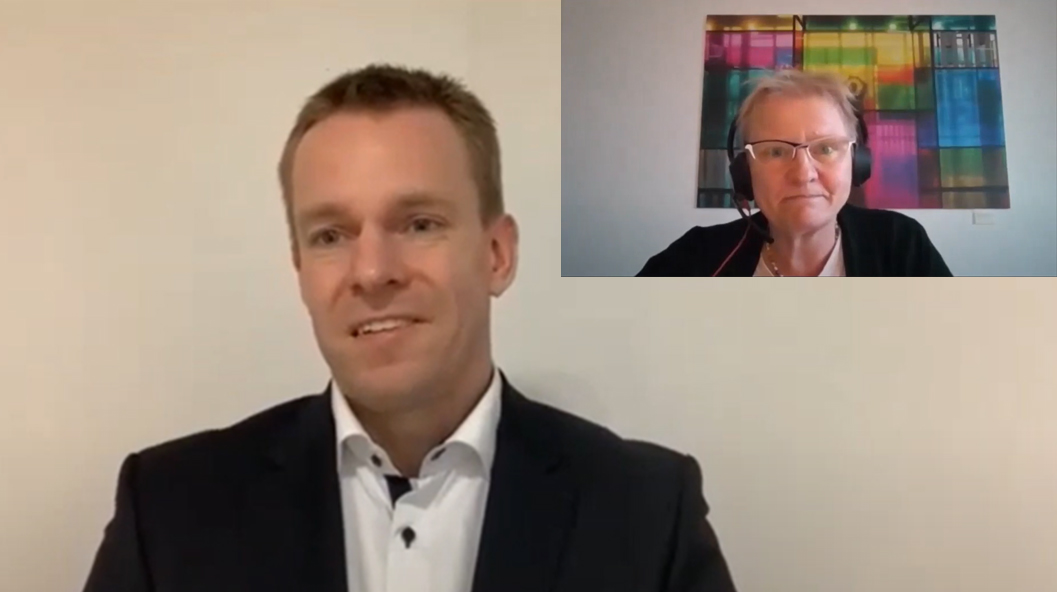 Notice: To activate the video, please click on the picture. Please note that after activation your data will be forwarded to YouTube.

Paving the way for a hydrogen trading market

Many of the attendees declared seeing trading markets as supportive for ramping up hydrogen markets. Most of them also showed their support for quick and efficient actions, especially for transparency: for instance, more than 90% of the participants are in favour of a Hydrogen index.

After the success of its kick-off last year, the EEX Hydrogen Working Group met again for a meeting on 23th March 2021. More than 60 participants joined EEX experts to discuss key topics such as transparency, Hydrogen indices and benchmarks. During the workshop, very good inputs were raised and the necessity of a trustful index seemed to be shared widely.

Would you like to join or just learn more about the EEX Hydrogen Working Group? Please contact: Sirko.beidatsch@eex.com

Members are part of the EEX Working Group

Date of the latest workshop

(Please contact us, if you want to take part in the next one)

Guarantee the Origin of Hydrogen

Operating the first EU-wide Guarantees of Origin market for Hydrogen

A Guarantee of Origin is an electronic document that guarantees and provides information to final consumers on the origin of a product. As such, the GO market has seen a tremendous growth over the last years with the development of power renewable offers. GOs are then a powerful tool to establish a truly European hydrogen market that enables full transparency and traceability: they are relevant to track hydrogen in all cases. It enables the consumer to know from where and using which technology the hydrogen is being produced.

Through EEX and Grexel, EEX Group has become a key player in the Guarantees of Origin sector, servicing registries in 14 European countries. The group today offers power and biogas GO-registry services in 14 European countries, representing more than half of the GOs circulating in Europe. Also, the group offers GO-auctions on behalf of the French State and plans to establish trading markets for GOs on green power.

in 2020, fortified by their strong experience in energy certification Grexel, part of EEX Group, was appointed by the Fuel Cell and Hydrogen Joint Undertaking (FCH JU) as the operator and issuing body of the first European Guarantees of Origin (GO) market for green hydrogen, in the frame of the third phase of the CertifHy project.
Concretely, the CertifHy Guarantees of Origin scheme aims at proving to end-users that the hydrogen they are buying is either renewable or non-renewable and provides information regarding its attributes, such as greenhouse gas intensity and production location. Grexel is providing the central GO registry system and is the issuer of hydrogen certificates to expand the hydrogen registry in the European marketplace. CertifHy is also actively helping national Issuing bodies to meet RED II requirements and implement harmonized GO scheme for hydrogen across Europe. 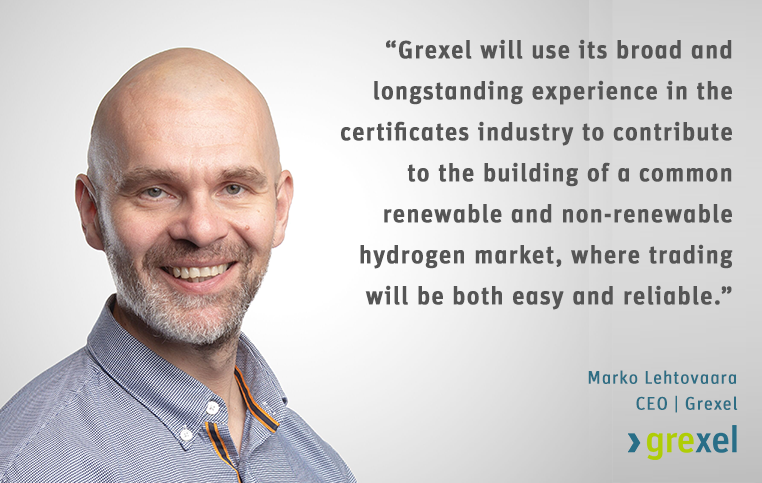 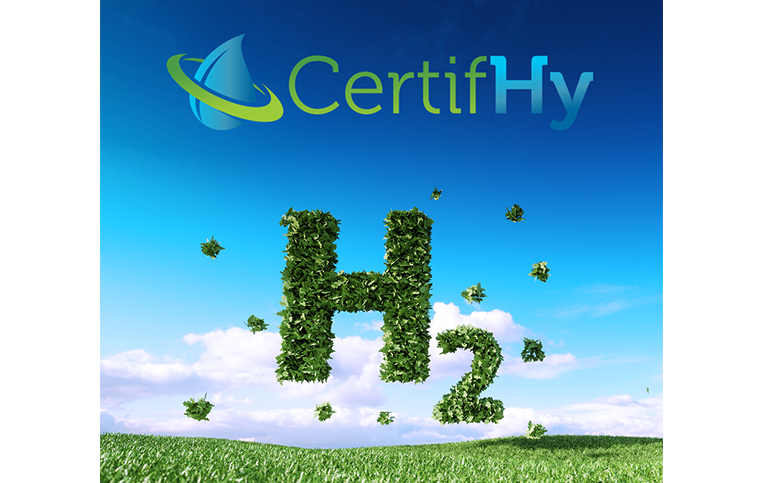 …along with first-class partners

The CertifHy project was initiated upon the request of the European Commission back in 2014. Undertaken by a consortium led by HINICIO and financed by the FCH JU, the CertifHy scheme has been bringing together stakeholders to develop a common European-wide certification scheme for renewable and non-renewable Hydrogen. Grexel is part of a consortium of six companies (Hinicio, Grexel, Ludwig-Bölkow-Systemtechnik (LBST), TÜV SÜD, the Association of Issuing Bodies (AIB) and Commissariat à l’énergie atomique et aux énergies alternatives (CEA) who have joined together for the third phase of the CertifHy project to accelerate the European deployment of the hydrogen Guarantees of Origin scheme. This follows a pilot phase which ended in April 2019 which focused on the testing of the CertifHy scheme’s procedures and operations.

If you are interested in knowing more in EEX’s position and action towards Hydrogen, please consult the documentation below:

If you should have any questions, please contact our experts: